After many years, once again the 23-year-old billionaire Kylie Jenner has crossed paths with her ex-boyfriend Tyga, 31, at the Nice Guy  restaurant in LA.

On Thursday, April 8, Kylie and Kendall Jenner had gone out for the evening at hotspot The Nice Guy. However, it happened to be that the “Taste” rapper Tyga came with his new lover Camaryn Swanson. 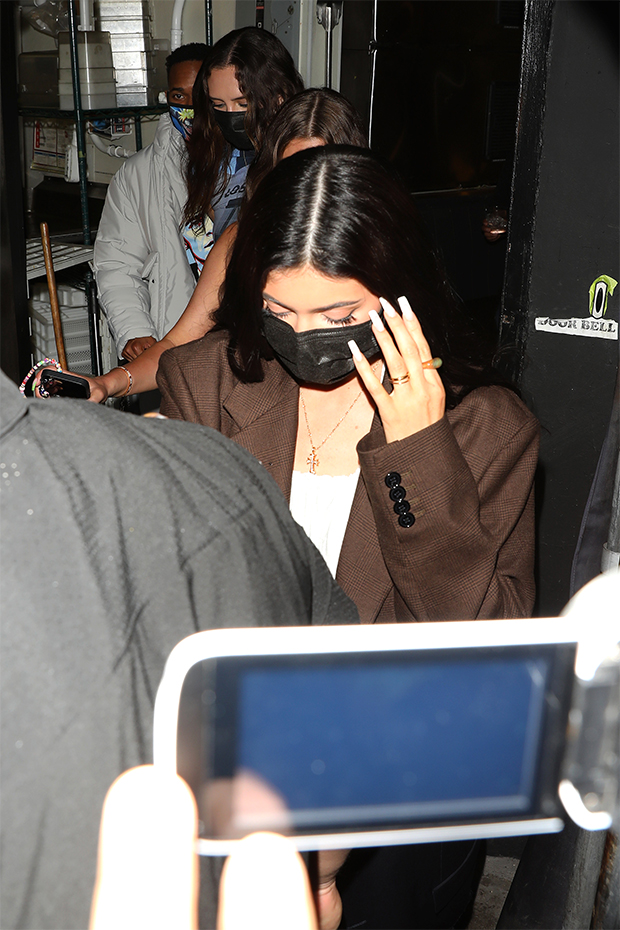 The mother-of-one was seen wearing an oversized, ’90s inspired chocolate brown colored blazer, plus a white crop top and a straight cut black leather pant. She was also wearing a black face mask and a pair of black leather shoes and her accessories was a gold body chain and necklace. Alongside her young sister, Kendall was looking gorgeous as she was wearing a pop of color with a bright orange scarf top by Paloma Wool and a pair of black leather pants, and even her man Devin Booker was a part of the night. 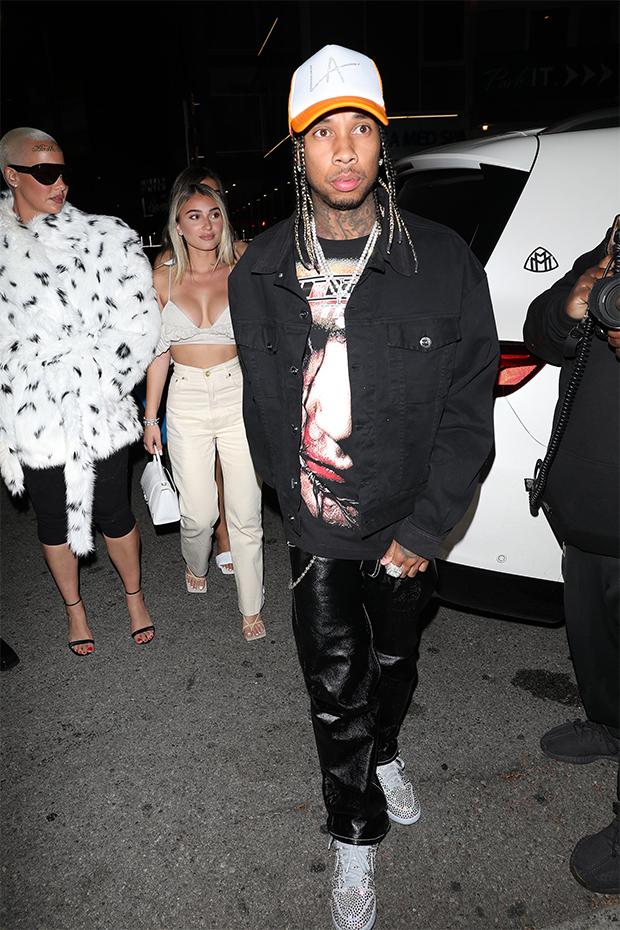 Meanwhile, the “Taste” rapper happened to be wearing the same black leather pants as his ex and was in a jean jacket and a graphic t-shirt, finishing his look with large diamond cross chains. He was seen holding hands with Camaryn Swanson and she was seen wearing an all-white ensemble, bra-style crop top, and matching jeans.

Despite Tyga and the Kylie Skin CEO split back in 2017, the two seem to be on friendly terms. As in the past, during Sofia Richie‘s 21st birthday celebration in Las Vegas, the pair had ran into each other and even shared one of the VIP rooms at the Wynn Hotel.

Posted by Aniket Macwan - March 26, 2021 0
Despite being always a supportive sister, Khloé Kardashian seems to be not liking one of Kourtney Kardashian’s ex-boyfriends and his…

Posted by Vinay Patel - April 17, 2021 0
With Kanye West and Kim Kardashian’s split seeming inevitable, the 43-year-old rapper is already planning his next dating strategy. Their…

Posted by Vinay Patel - May 1, 2021 0
If recently surfaced reports are anything to go by, Travis Barker has received his children’s approval to marry Kourtney Kardashian.…

Posted by Aniket Macwan - February 21, 2021 0
Kim Kardashian has been spotted with her wedding ring before she files for divorce from Kanye West. Kim Kardashian, 40,…