After spending more than a year dodging breakup rumors, now reports say Kim Kardashian and Kanye West are going for a divorce. According to the New York Post, the 40-year-old star and American rapper are tired of trying to make their relationship work and have decided to go their separate ways.

Last year, the Keeping Up With The Kardashians star and Kanye were seen having a strong relationship. The pair was seen traveling the country together for Kanye’s Sunday Service performances. Back in May, the two of them even gave birth to their youngest of four children, Psalm West. However, things went bad when in July Kanye announced his bid for the presidency. At the start, many fans didn’t take his word seriously, a month later, Kanye followed it up by holding a rally in South Carolina. At one point in the rally, the rapper became emotional while revealing personal details about Kim’s first pregnancy with their daughter, North West.

This unexpected reveal pissed Kim so much that she and her husband were caught arguing by the paparazzi a few days later. During the heated argument, Kim’s face was fully covered with tears. But while their divorce rumors were raised, the KKW beauty owner decided to stay with her husband. The two had denied divorce speculation while Kim was staying home and focusing on her business and Kanye continued to campaign. However, Kanye lost the election and went back into isolation. 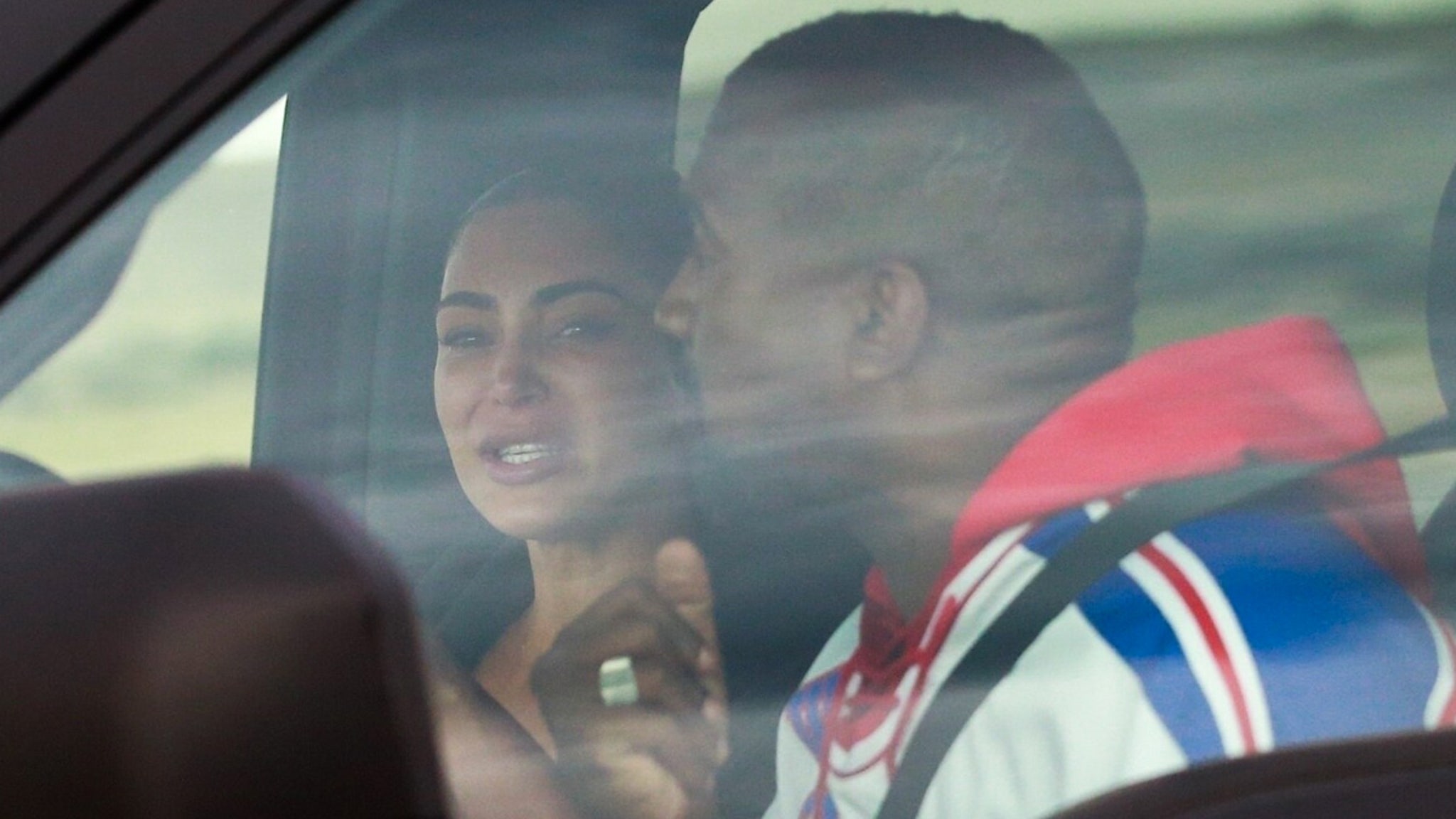 During the fall, reports started to fly around that the KUWTK star and rap/fashion mogul were living separately and are not spending enough time together. When Christmas was around the corner, fans were asking Kim that where is Kanye in the family pictures. This year, in the first week of January, reports said that the pair is heading towards a divorce. As per multiple sources reports to Page Six, for the famous couple, this divorce is imminent. Reports claims, the reality series star has hired the celebrity divorce attorney Laura Wasser.

According to an insider,  “They are keeping it low-key but they are done. Kim has hired Laura Wasser and they are in settlement talks.” It also said that the businesswoman hasn’t been seen wearing her wedding ring while on the other hand, Kanye has no plans to return to living with Kim.

According to recent source reports, Kanye is staying in his $14 million Wyoming ranch and working on himself and also Face Timing his family daily. “Kim got Kanye to go up there [Wyoming] so they could live separate lives and quietly get things sorted out to separate and divorce. She’s done,” the source added.

Back in July, the 43-years-old rapper tweeted that he is trying to get a divorce from his wife after she worked with rapper Meek Mill on prison reform. But this time the divorce is really happening, sources added, “This isn’t the first time they’ve been talking about a split, but this time it is way, way more serious.”

Posted by Vinay Patel - October 11, 2020 0
Addison Rae has been spotted with BFF Kourtney Kardashian in NYC. The 20-year-old TikTok star seemed to be continuing her…

Posted by Vinay Patel - October 7, 2020 0
In a trailer for Season 3 of David Letterman’s Netflix series My Next Guest Needs No Introduction, the longtime talk…

Posted by Aniket Macwan - February 1, 2021 0
Taking to his Instagram account on Sunday, Travis shared a throwback video of himself playing with his former band. In…

Kim Kardashian Can’t Wait For Her Fans To See The Birthday Special Preview On E! On Oct. 21

Posted by Sana Khan - October 16, 2020 0
Taking to her Twitter account earlier today, Kim Kardashian West asked her fans and followers if they saw the Birthday…