The rumor mill has been churning out all sorts of speculations surrounding Deavan Clegg’s engagement. The 90 Day Fiance star seemed to confirm the rumor in a couple of photos that she posted to her Instagram stories, donning what looks like an engagement ring.

Deavan and her boyfriend, Topher Park does not shy away from showing off their love for one another. In fact, Deavan often praises her beau in her Instagram posts, and fans are thrilled to see her so happy following her disastrous marriage to Jihoon Lee.

Showing off her festive Christmas nails, Deavan gave her followers a glimpse of a ring that she has been wearing on her left ring finger for several months. The now-expired Instagram Story, which was originally captured by InTouch, the ring had fans wondering if this is further proof that Deavan and Topher are planning to tie the knot. 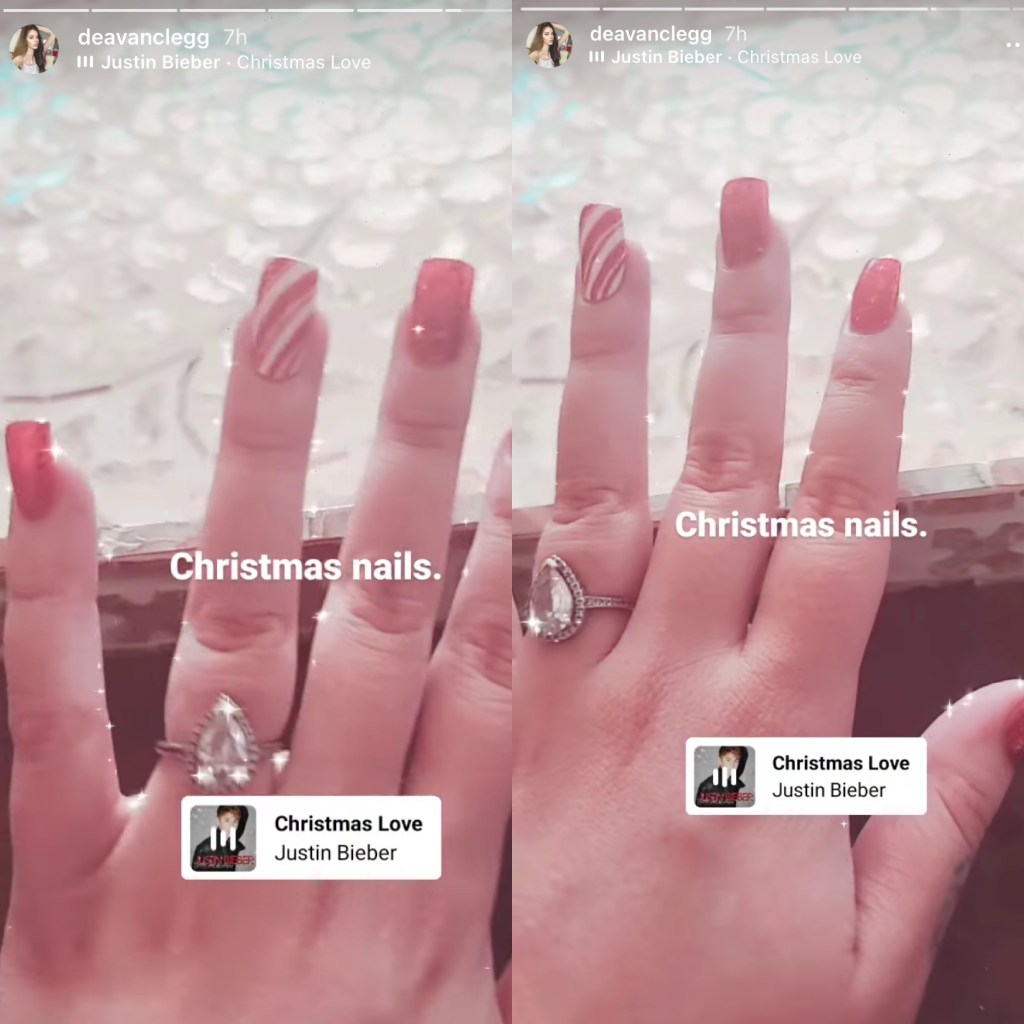 The ring has been spotted in several other Instagram posts, however, this Story gave her followers a closer look at the ring. Fans noticed the ring for the first time when she shared a picture of their Halloween costumes. She and Topher were wearing rings.

Deavan sparked engagement rumors when she posted a picture of her and Topher kissing. This picture was part of a photoshoot for Topher’s online magazine dubbed, Toph&her.

Deavan is quite involved in her beau’s online publication, which was subject to some harsh criticism from fans who have watched her ongoing drama with her ex-husband, Jihoon play out on the small screen. A slew of other fans, on the other hand, has moved on from the ongoing drama between her and Jihoon.

It can be recalled that Deavan and Jihoon took jabs at each other on social media after their storyline aired in season 2 of 90 Day Fiance: The Other Way. Deavan was called out for her treatment of her ex-husband, and fans came to her defense when Jihoon accused her of blocking his attempts to care for their son Taeyang.

Fans also accused her of taking advantage of Topher just to hurt Jihoon every time she posts pictures of his boyfriend holding or interacting with Taeyang. Deavan denies these claims and instead, accused Jihoon of being abusive towards herself and their daughter, Drascilla, 5.

If Topher and Deavan are indeed engaged, hopefully, won’t let the ongoing drama with Jihoon steal the moment. TLC’s 90 Day Fiance: The Other Way is on hiatus.

’90 Day Fiance’: Colt Johnson Asks Vanessa To Be His Girlfriend

Posted by Aniket Macwan - January 13, 2021 0
Despite from arguing with her fiancé Jovi Dufren on 90 Day Fiance season 8, Yara Zaya has made some time…

Posted by Aniket Macwan - January 12, 2021 0
The former 90 Day Fiance star Colt Johnson has announced a Love Games spinoff that he has filmed with his mother (and best friend),…