After being a part of the reality series, The Real Housewives of Beverly Hills for three seasons, Teddi Mellencamp has decided to leave the show.

The American TV actress had used her Instagram account to tell her fans that she will finally be leaving the RHOBH following rumors are flying that she has been removed out of the show. Due to her controversial diet plan, Mellencamp had been receiving backlash because according to the health experts, her diet plan can put lives at risk.

In the 8th season of RHOBH, Teddi Mellencamp had joined the show and for the next three seasons, she had held a diamond. While she was in the show, fans took her as a boring character in the house.

The reality TV personality has always not been so serious about herself and many times she has even made jokes about all the criticism she got. On Tuesday, September 22, Teddi made an officially confirmed that she will not be a part of The Real Housewives of Beverly Hills seasons 11.

Through her Instagram story, Teddi Mellencamp said, “I don’t want to bore you but I’d figure I could give you a little update on what’s going on. Recently found out that my contract as a housewife is not being renewed.”

Later the actress again posted the same story on her Instagram feed and broke the wrong news using humor.

“You heard it here last. Yes, it’s true, I am not coming back to RHOBH. Thank you Bravo, Evolution, Andy Cohen, and all of the amazing women for the support (and the shade) for the past three years. Back to the shadows I go,” Mellencamp caption.

Mellencamp goes on saying that after hearing about the rumors she felt sad, it was like a breakup for her as she had made some strong relationships with the RHOBH’s members. She also going to miss the things that she did in the show which she probably never get to experience again. The actress is now going to her further life and give also some attention to her family, my friends. Basically, she is very excited about the upcoming days.

In the RHOBH season 10, Mellencamp found herself in a lot of drama, when she came to know that Denise Richards is talking bad about her when she not around through her cast member Brandi Glanville. During that same time, Glanville also claimed that she and Mellencamp has an affair.

Later, when the housewives went on a trip to Rome, during a dinner scene, Teddi couldn’t control herself and confronted Richards about what she was talk negative about her. Mellencamp mainly only wanted to know about Richards’s attacks, but somehow she also said that Glanville and she did have an affair.

After this incident, Mellencamp received a lot of negativity on social media as many viewers thought that she could handle the issue correctly. Many others also said it would be much better if Mellencamp had taken Richards to the side and discuss the problem rather then embarrass her in front of the group of women.

Some viewers of RHOBH were so mad at Mellencamp that they also began to send her offensive messages in her Dm’s. These messages were not stopping until Mellencamp posted them on her Instagram. 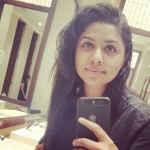 ’90 Day Fiance: The Other Way’: Kenneth and Armando Show Off Their Fun Dance Moves

Posted by Vinay Patel - October 28, 2020 0
There are no prizes for guessing, Kenny and Armando are the most loved couple of this season of the 90…

Posted by Aniket Macwan - December 16, 2020 0
Fans of 90 Day Fiance: The Other Way hated the long-distance relationship between Yazan Abu Hurria and Brittany Banks. But…

Posted by Aniket Macwan - October 3, 2020 0
Kathryn Edwards who is the former cast member of The Real Housewives of Beverly Hills has currently given more insight into how…

’90 Day Fiance’: Larissa Opens Up About Her Fears When Married to Colt

Posted by Aniket Macwan - December 20, 2020 0
Despite being no longer a part of the 90 Day Fiance series. The former reality star, Larissa Dos Santos Lima…