Michael “Shroud” Grzesiek explained the difference between Valorant and CS:GO during a hilarious rant.

Shroud has a reputation for being one of the best players as far as FPS games are concerned. The 26-year-old former CS:GO pro is touted as one of the best aimers ever, and usually, when he hits, it’s highly likely to hit right in the center of the opposite team player’s forehead.

During a relatively terrible game of Valorant with Fuslie, bnans, and iiTzTimmy, Shroud explained a few differences between Riot Games’ hit first-person hero shooter and Valve’s equally popular FPS video game, Counter-Strike: Global Offensive. In round 8 of the match, he has an easy kill on the opposite team’s Jett with a 4 on 3 scenarios.

However, he repeatedly misses his shots, and as a result, Jett takes Shroud’s kill. Missing a target is rare for a player of his caliber. Shroud went on to have a poor game by his standard with a slew of misses and losing chances even for easy kills.

The team lost 13-10, despite being led by Shroud. The chance of that drops further when the game was an unrated match, just like the one he lost. The sensational streamer addressed how badly he plays the game. “Bad, I am so bad, How am I just garbage at this video game.”

During the game, Shroud talked about the difference between Valorant and CS:GO, ranting about how differently the shooting mechanics work and why it is harder to shoot in Valorant. “In CS, it’s f****** easy, you just hold Mouse 1 always. You can’t f*** it up, Literally, you can’t. All you do is hold Mouse 1, he explained.

“In this game, you need to find the in-betweens and I f****** suck,” Shroud added. Referencing a comment from a viewer, suggesting that he would have won that match two years ago, Shroud talked about how he misses headshots.

He explained that most of his shots end up hitting shoulders because the heads are higher from the chest in Valorant as compared to CS:GO. When Valorant had just released, Shroud talked about how different it was from CS:GO, and how the two games are likely to move in the future, Essentially Sports reported.

It seems safe to say that regardless of whatever games Shroud will play, he is highly likely to be the team’s best player. Stay tuned to FlashReporter for the latest esports news.

FaZe Clan Adds Cented To Their Fortnite Roaster After k1ng 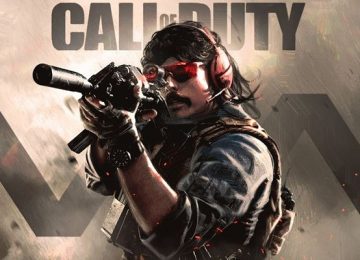 Dr. Disrespect Reveals Details About The First Player He Would Sign To CDL Team

Posted by Aniket Macwan - December 8, 2020 0
The legendary streamer Dr. Disrespect has finally disclosed the first player he is going to sign to a Call of… 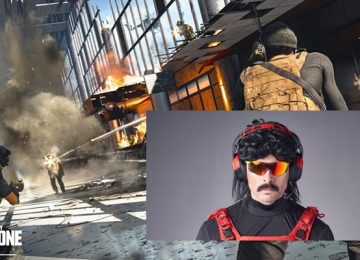 Dr. Disrespect Claims That He Can Now Play In Warzone Tournaments Again

Posted by Aniket Macwan - March 9, 2021 0
Dr. Disrespect was recently blocked from playing at the Toronto Ultra’s recent $100K Warzone tournament, but now it seems to…