In the whole season of 90 Day Fiance: The Other Way, Sumit is trying his best to convince his parents to accept Jenny Slatten as their daughter-in-law. But his parents are not ready to accept them because of her age. In a recent episode, Anil ( Sumit’s father) calls out Jenny for being older than him.

In the earlier days of 90 Day Fiancé: The Other Way, Sumit’s parents told everyone that in 2013 Jenny had come to stay with them in India. At that time, Sumit had introduced Jenny as a friend who he met online.

While speaking to the producers, Anil said, Jenny told them that she had met Sumit through Facebook and she wants to visit India and she wanted to stay in Sumit’s house so he said yes to her.

According to Sumit’s mom, Sahna, when Jenny was in their house she treated Jenny with a lot of love and respect for almost four months.

After finding out that Sumit and Jenny were not just friends they were actually dating, Anil and Sahna got a shock. And immediately they began against this relationship because of their age difference. While Jenny was living in her hometown and trying to keep up her long-distance relationship with Sumit, his parents forced him to get into an arranged marriage.

Later, when Jenny came back to India and started living with Sumit, she also came to know about this marriage. And somehow, Sumit’s parents learned that he and Jenny are still dating. Despite having a failed marriage, Sumit and Jenny are still not accepted as a couple.

On an earlier episode of 90 Day Fiancé: The Other Way, Sumit’s brother told him that his parents don’t want them to be together. The main reason is the age difference the couple has. This can impact our dignity, our social circle, and society.

Jenny is 61-year-old and Sumit is just 32, there is a 31-year age difference. And according to Sumit’s mother, this age difference is the only reason she doesn’t accept this relationship.

Earlier this season on 90 Day Fiancé: The Other Way, Sahna told her son that she will never accept Jenny. In case Jenny was a younger girl she would no problem and would happily let them get married. His mom even tells him to forget Jenny because it not his life. 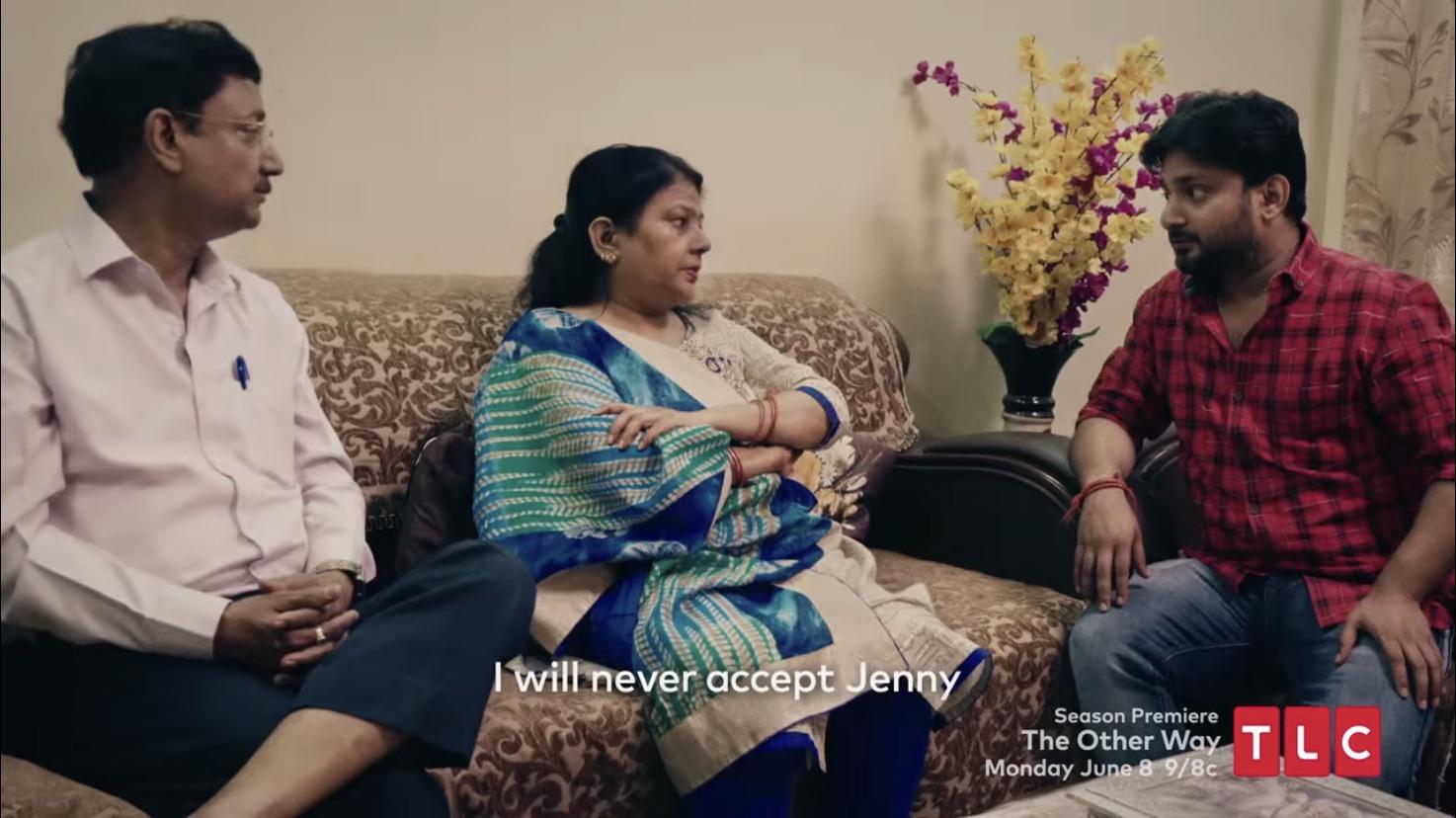 Recently, Sumit talked with his dad about how he was hs life after his divorce. But as Sumit said that he is planning on getting married to Jenny, Anil called Jenny out for being older than him.

Sumit reply to his father saying that he understands what is the problem her. And he also tells when he got married to a similarly-aged woman that didn’t really went nice. But still it seems like his father doesn’t likes Sumit’s idea of getting married to Jenny.

Posted by Aniket Macwan - January 17, 2021 0
Keeping Up With The Kardashians star Kris Jenner is not someone to mess with. Ava Louise is a famous TikTok and…

Posted by Vinay Patel - November 18, 2020 0
Gwen Stefani, who recently confirmed her engagement to country singer Blake Shelton is all set to release her new Christmas…

Posted by Vinay Patel - January 12, 2022 0
Former 90 Day Fiance star Larissa Lima has finally opened up about her arrest from three years ago in a new Instagram…

Posted by Aniket Macwan - September 29, 2021 0
UFC and WWE wrestler Ronda Rousey has now become a mom. She and her husband Travis Browne have welcome their…

Posted by Sana Khan - May 14, 2021 0
Kim and Khloe Kardashian have finally revealed who is behind North West’s parody Instagram account. During the latest episode of Keeping…