According to the former 90 Day Fiancé star Nicole Nafziger, she is still being attacked with hate messages because of her stint on season 5. Nicole slams one of the trolls who attacked her daughter, May, through a shocking DM on Instagram.

The troll had written “You and May are by far the ugliest people I’ve ever seen. She [definitely] got her looks from you. Also, love how you love your eyes, but they are nothing special.” After seeing this shocking message, the mother of May decided to post this incident on her story for her fans to see it.

She captioned the story, “What kind of person calls a child ugly? What the hell is wrong with people? So disgusting.” 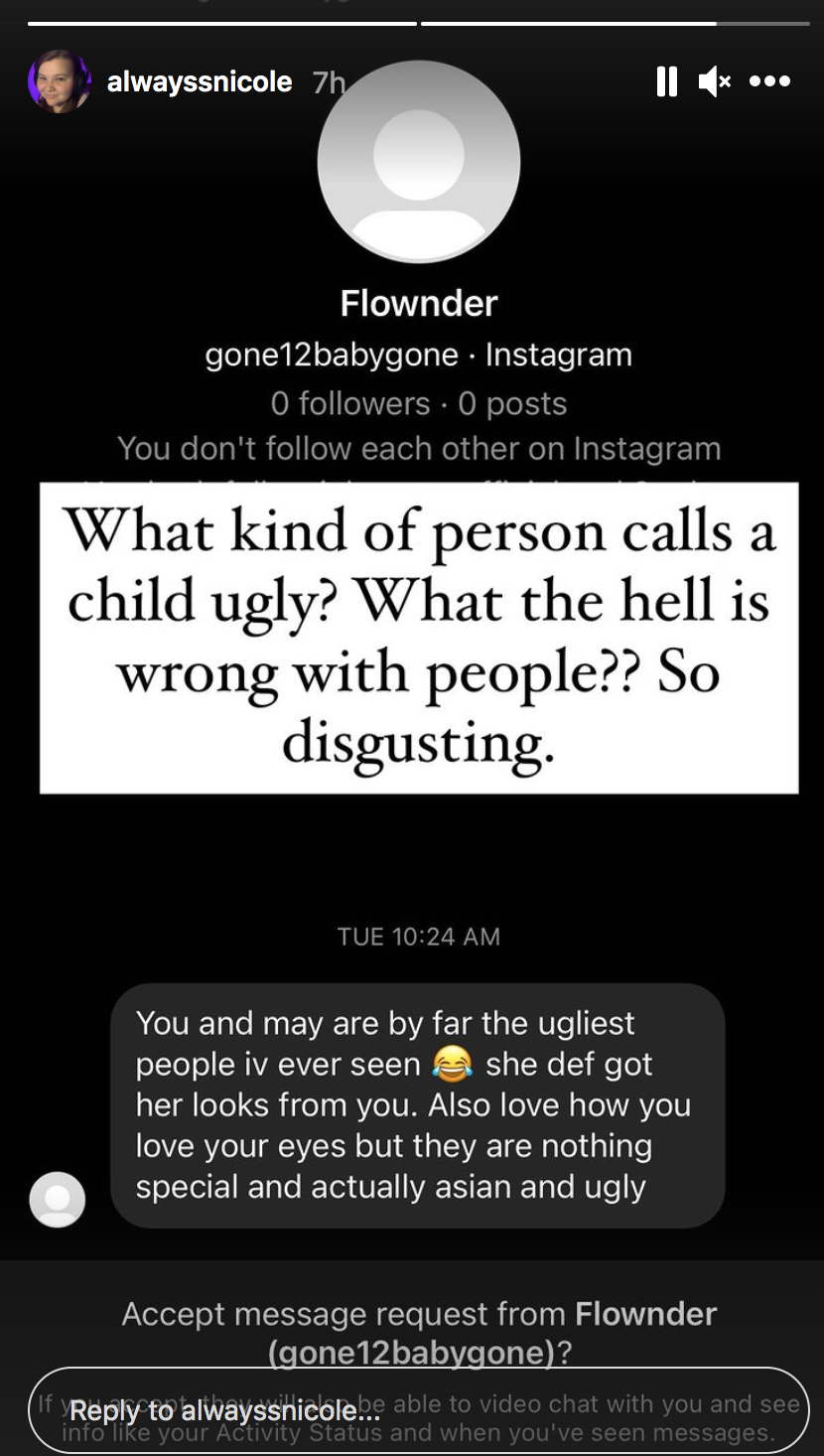 This is not the first time that some star from the franchise has been trolled by the show viewers and sadly this will continue to happen. After entering into the world of reality TV in 90 Day Fiance: Season 4, the star has understood how to ignore such shameless haters and squash rumors about her personal life.

Back in November, the TLC star had confirmed that she and her Morocco fiancé, Azan Tefou (a.k.a. Hassan M’Raouni) are still doing fine following her decision of coming back to the United States from Morocco. She said, she is not pregnant and her fiance and she are doing pretty much happy together.

Back in March, the mom of one had gone to visit her fiancé Azan in his home town and then came back to America in August. This was actually going to be a shorter trip for Nicole but somehow she had to stay there for a longer time because of the coronavirus pandemic.

Recently, Nicole’s mom, Robbalee Nafziger saw some people claiming that the reality star “abandoned” her daughter to stay with Azan. In her daughter’s defense, Robbalee said, May has not been abandoned and she is getting a chance to spend enough time with her grandparents while her mom is in Morocco.

Posted by Aniket Macwan - October 8, 2020 7
Ellen DeGeneres has addressed the allegations of nasty attitudes and bad environment on the set of the talk show, there…

Posted by Vinay Patel - October 21, 2020 0
Emily Simpson’s fiery personality has helped her garner popularity among fans of The Real Housewives of Orange County. Moreover, she…

Posted by Aniket Macwan - March 28, 2021 0
Deavan Clegg is one of the most disliked people in the 90 Day Fiance franchise. Once again, the star is being trolled…

Posted by Aniket Macwan - October 14, 2020 0
On Tuesday, TLC had announced that David and Annie from 90 Day Fiance: What Now? will be starting their own Facebook Watch series,…